Why Brief Bios? For each of our trips, we have had a Brief Bio Page and it has been especially helpful in getting to know each other and our interests both before and during the trip. Plus, it is a wonderful way to remember peoples’ names.  Who We Are: There are 13 of us going on the trip. There will be 9 of us stopping in Tokyo for 3 days on the way over to explore the city. We range in age from 57 to 79 with the median age being 66. We come primarily from Texas but a few from the East Coast with about half of us married and half are single. Brief Bios are Private: Although this web page is on the 52Best website, it is private and only we who are traveling together know it is here. Sharing: Any of us are welcome to share this page but only with our friends and family. Updating: If your photo and/or Brief Bio needs updating, please get it to me asap. My email address is sandy@52Best.com and my phone 972-702-0000.

Melissa Arnold: Fort Worth, Texas – single room – I am a native Texan and I live in the Cultural District in Ft. Worth, Texas. I am the mother of four grown children and the owner of Mansfield Montessori located in Mansfield, Texas  (a preschool for infants through 1st grade.) Being a full-time administrator at my school truly fulfills me as well as having the opportunity to introduce and teach yoga, at the school, to my four, five and six year old’s.  I received my certification to teach Yoga (Seven Spiritual Laws of Yoga) two years ago through the Chopra Center.  A trip to Vietnam has been on my bucket list and I am so excited about joining this group last minute! 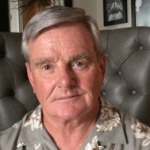 Donald “Doc” Conner: Kerrville, Texas – single room:   I am a retired engineer who loves flying experimental aircraft and kayaking.  I am looking forward to our return to Viet Nam as I was a highly decorated team member of one of the most successful Marine Corp Force Reconnaissance teams recorded during the Viet Nam war.  I was in Viet Nam during most of 1967. There have been approximately five books written about our combat exploits with the latest having numerous pictures out of Life Magazine, Newsweek Magazine and several military publications.  I was wounded three times and am the recipient of several medals for bravery under fire. I am anxiously awaiting our trip and getting to meet/interface with the wonderful group of fellow travelers. 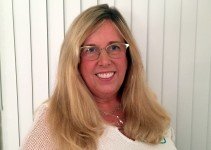 Marcia Hiebsch: Garland, Texas – rooming with Beatrice Namata – Hello, my name is Marcia. This will be my third trip with Sandy and his group. When I retired from teaching 6 years ago, I made it my goal to travel. I am happy to say I have accomplished this. I have not only traveled with Sandy’s group, but I have gone on several cruises, a couple of road trips, and 6 family reunions in Florida (I have 41 nieces and nephews, which makes these lots of fun). This year we had 47 people at the reunion. I love dogs, scrapbooking, being outside, trying new restaurants, plus many other things. My niece and I share custody of two Schnauzers, making it possible for me to travel. I also babysit dogs to earn money to travel. This combines two loves in one. I look forward to meeting all of you. 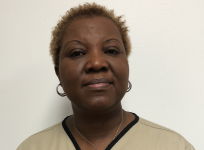 Beatrice Namata: Arlington, Texas – rooming with Marcia Hiebsch – Hello, Beatrice Namata is my name. I was born in Cameroon West Africa. I came here in 1977 to study. Did pharmacy, and I have been practicing since 1982. I have one boy and 3 grandchildren. I love traveling a lot. I met Sandy through a mutual friend of ours. Japan and Vietnam were on my bucket list of places to visit. This just came at the right time. So here we goooooo! See you all on Wednesday. .. 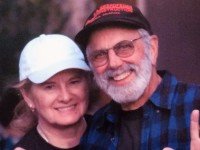 Carole and Jim Onufrak: Carrollton, Texas – Transplanted from Michigan in the 70’s. Both of us are retired, Jim from IBM after 38 years, Carole from massage therapy working for the state of Texas, and as a school crossing guard. We enjoy wilderness camping, bicycle riding (last big trip was 150 miles), snow skiing and spending time with our family. We have 2 children and 7 grandchildren.

David Pace:  Phoenix, Arizona – single room – My name is David Pace, a.k.a. Wilson David Pace. My parents are native Arizonans who owned a farm in Gilbert, AZ where I was raised with an older sister and younger brother.  My wife Sharon and I were married in 1980 and we have 2 sons and a daughter.  The boys and their wives have given us 7 grandchildren. My working life as an engineer was devoted to semiconductor chip design at Motorola and other companies in Phoenix.  Retirement finally came in July 2018 and the new agenda includes frequent yoga classes and trips the gym plus some golf, reading, travel planning and home projects.

Linda Phillips: New York, New York – single room –  New York New York all of my life!  Studied at Hunter College, New York City. Never left NYC except to travel to faraway places like Australia, Tahiti, Africa, China to mention a few.   Travelling is my passion, along with sports such as tennis, golf,  skiing, biking etc. My career stems from Wall Street to British firms where I’ve spent most of my career.  Hambros Bank, UK where they opened an office in New York City (Hambro America) to retrieve their bad loan situations for 15 years.   Now I’m with another British firm Schroders. Looking forward to meeting everyone on our new adventure to Tokyo (going a few days earlier) and Vietnam.

Sandy Pofahl:  Dallas, Texas – rooming with Lew Rubinstein – The 52Best stories are my primary hobby which has grown from 250 friends 15 years ago to 20.000 friends today in 90 countries – some I have met and some I have not. This is the 20th 52Best trip which I have arranged beginning in 2000 with a trip to China in which 14 of us ran the Beijing Marathon. I have five older “kids” and four grandsons that live in New Mexico and New York. I am active with real estate investments as well as an oil field service company that transports frac sand for Halliburton in West Texas. This last year I organized the “Infinity Kids Foundation” that incentives kids in low-income neighborhoods to finish high school by granting $1,000 scholarships to 5th graders. But, this is another story we can share on the trip. 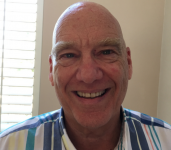 Lew Rubinstein: Dallas, Texas – rooming with Sandy Pofahl –  When you hear me speak, you will hear a New York accent (especially after some wine), but the fact of the matter I spent my formative years in Phoenix, AZ. Wound up in Arizona as a teenage because of a chance encounter my Dad had with the Late Phyllis Diller. A fun story I will share on the trip. Have been a Dallas resident since the 80’s. I am a mostly retired CPA/Financial advisor, under the baby boomer definition of retirement. I only work 24/7. That is 24 hours a week, 7 months a year. Spun off my CPA firm to a young CPA, and now mostly serve my retained core clients acquired over the last four decades. Got married late in life, so I got to send my son and daughter to college partially using my Social Security checks! Use to travel with my ex-wife asking for the AARP discount and a crib! Been divorced 19 years. A compliment I never get tired of hearing is, “Lew, you are a great Dad”. 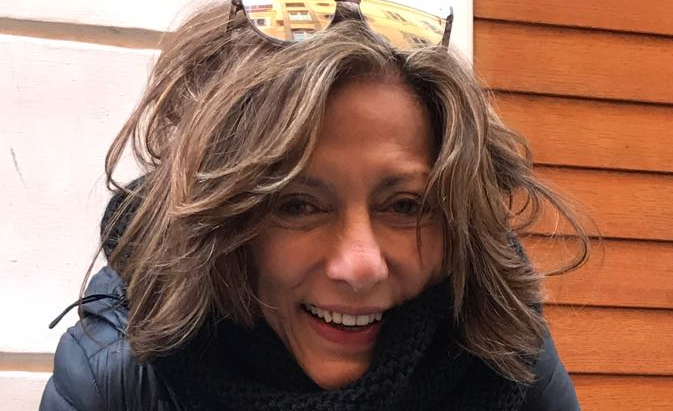 Rekha Stebbings: New York, New York – single room – Rekha was born and raised in India, studied at Agra University and later at the Fashion Institute of Technology in NYC. She first came to the United States 25 years ago and has created a major firm in haute couture and top end bridal employing almost 300 people in New Delhi and several in her beautiful pent-house atelier showroom in New York’s fashion district at 7th and 37th. Her firm Rehka International Inc (note spelling) is widely known for achieving the highest quality beading and embroidery in the world. Her work is or has been used by most of the world’s foremost fashion designers. Michelle Obama has publicly worn two of Rekha’s creations under the name Jason Wu.

Bobbie and Lamar Wilson: Dallas, Texas – Lamar and Bobbie Wilson are traveling with 52Best for the ninth year having traveled to Russia, China, Kenya, Eastern Europe, Egypt, Christmas on the Rhine, Ireland Scotland, and Spain Portugal with the group. We met at Florida State University our Senior year. We have lived in Dallas since 1972. Have one daughter and three grandsons. Bobbie was born in Charleston, West Virginia and Lamar in St. Petersburg, Florida. We love music, art, and sightseeing adventures.