Our Best of Spain and Portugal tour will be half in big cities and half in villages and towns where we can better met the local people and experience their culture.

Best of Spain and Portugal Itinerary

52Best Annual Trips: For 16 years we have emailed a weekly story to friends which Readership has grown to 18,500 people in 78 countries. Once a year we create a fun filled and well-priced tour for our Readers and friends. To date we have completed 19 trips from Russia, to China, to Argentina and many countries in between. We go because we want to see the places and people and end up making many lifelong friends along the way.

Best of the Spain and Portugal 2017 Tour:  Spain and Portugal are two countries with rich histories and distinct cultures. One of the tour highlights is a visit to Toledo, a town that attracts more visitors from around the world than any other Spanish town. In this old walled town, built on a hill, we’ll visit the 12th-century Church of St. Tome, which has one of El Greco’s most famous paintings. In Avila – a UNESCO World Heritage city founded in the 11th century to protect the Spanish territories from the Moors – we will see the ancient towers and walls and visit St. Theresa’s Convent, a Carmelite convent opened in 1636 on the birthplace of St. Teresa. In Portugal, we visit the world-famous shrine in Fátima, dedicated to the Virgin Mary who appeared to three children here in 1917. Then with our local guide we visit Seville’s Cathedral, the world’s third largest church. All of this and much much more – including a visit with wine tasting to a local wine cellar in Montilla – await us. This though is a brief summary. See the complete itinerary below: 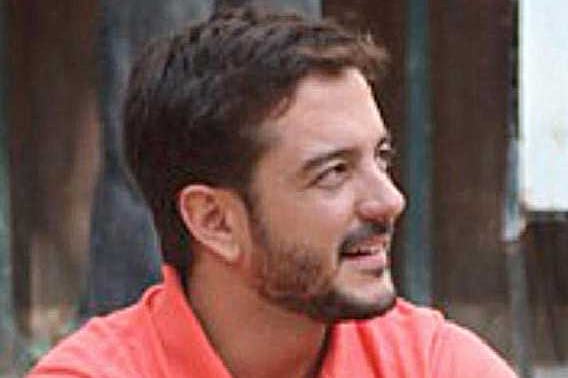 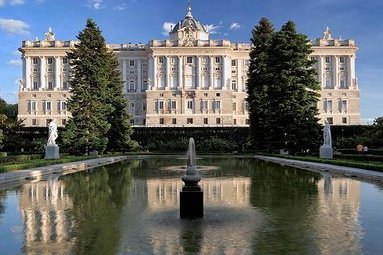 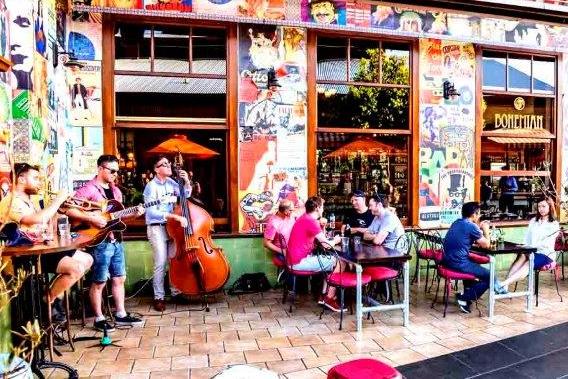 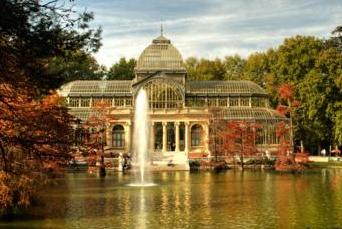 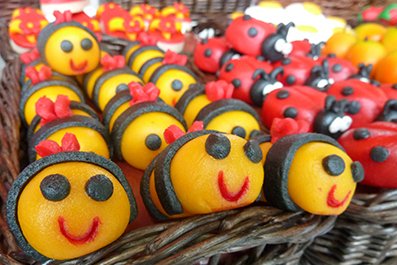 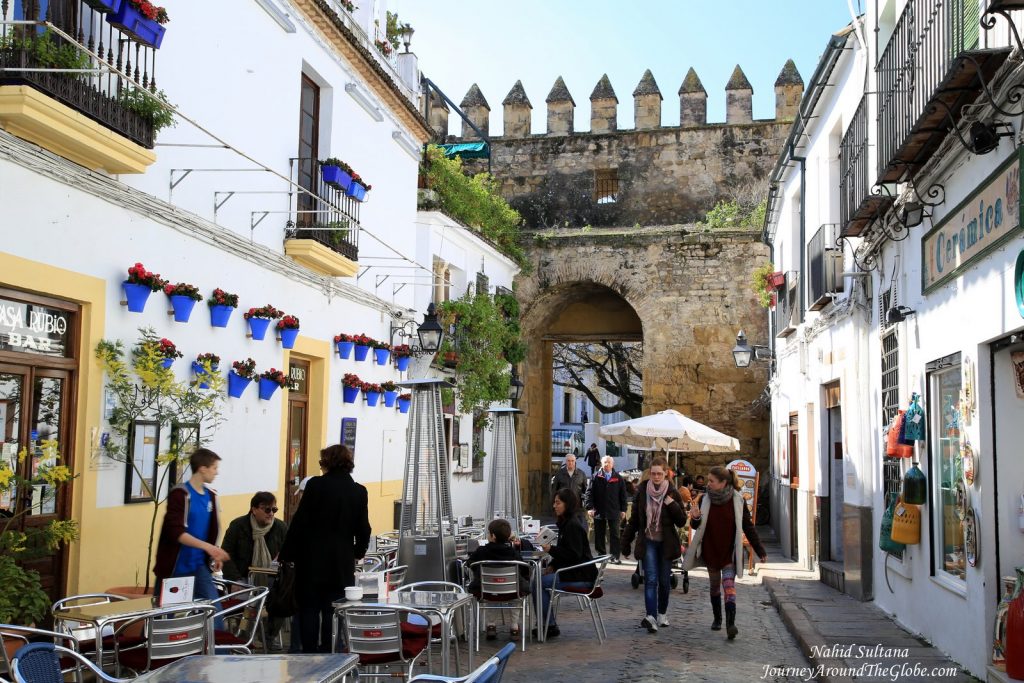 The Old City Wall and Streets

Day 1: August 14th, 2017 – Pacific Ocean – Our Best of Vietnam trip begins September 7th leaving the United States and arriving in Hanoi the next morning on the 8th. The Hanoi International Airport is one of the most important and busy airports in Asia.

Day 2: August 15th, 2017 – Madrid (Dinner) – We are met at the airport and taken by our Private Coach to our 4 Star Hotel Praga to check in. The rest of the day we are free to explore the Spanish capital. At 5pm we meet in the hotel bar for Happy Hour and visit with everyone on the trip. Then we have our Welcome Dinner where we are hosted by our Tour Director for the trip, Angel de Miguel, who says.  – “I’m Angel and am in love with my job, the places and more importantly the people – their faces, their feelings and the sharing of experiences. I look forward to meeting you and just remember to clear your senses before you come, because my plan is to fill them back up with enticing flavors, smells, sounds, and sights from the beautiful countries of Spain and Portugal!”

Day 3: August 16th, 2017 – Granada (Breakfast, Dinner) – We leave Madrid driving south to Toledo which is spectacularly situated on a granite hill surrounded by a loop of the Tagus River. This ancient Castilian capital attracts more visitors from around the world than any other Spanish town. A true marvel is the 12th-century CHURCH OF ST. TOME, known for its large-format painting by El Greco. That afternoon we cross the Guadalquivir River and drive along the olive groves that dot the rolling Andalusian hills. We are overnight in history-steeped Granada at the foot of the Sierra Nevada in either the 3 1/2 Star Hotel Don Juan or the 4 Star Abba Granada Hotel 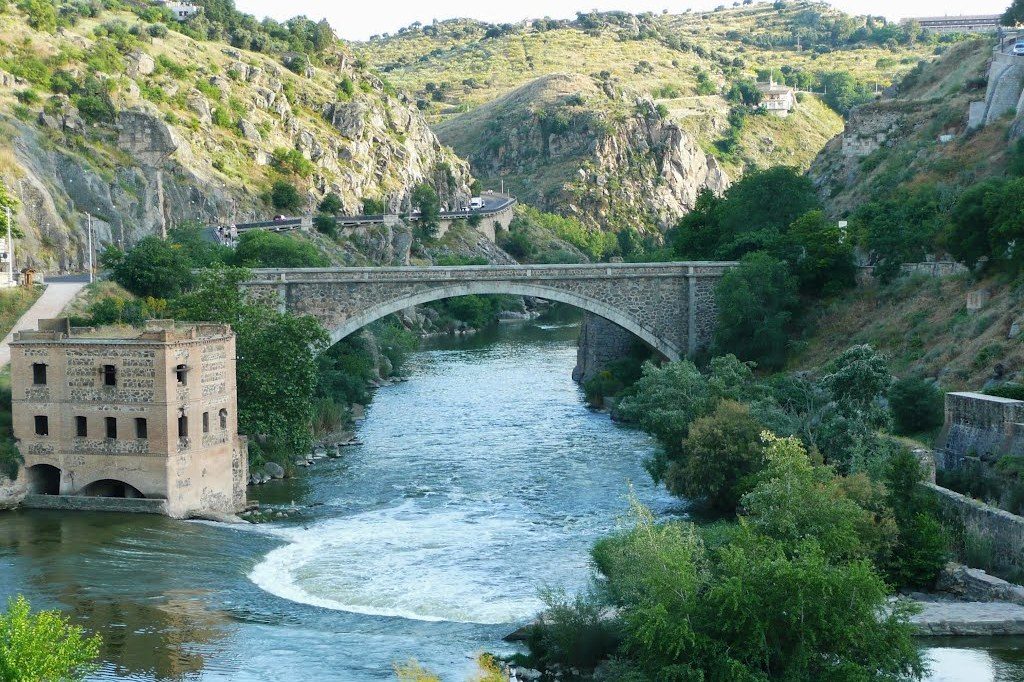 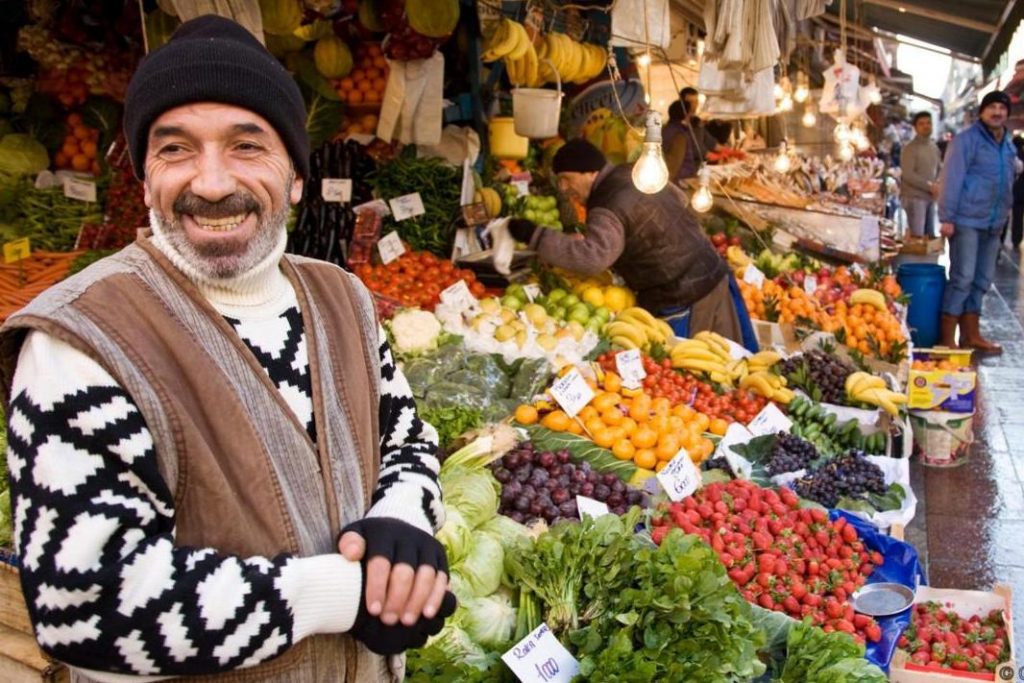 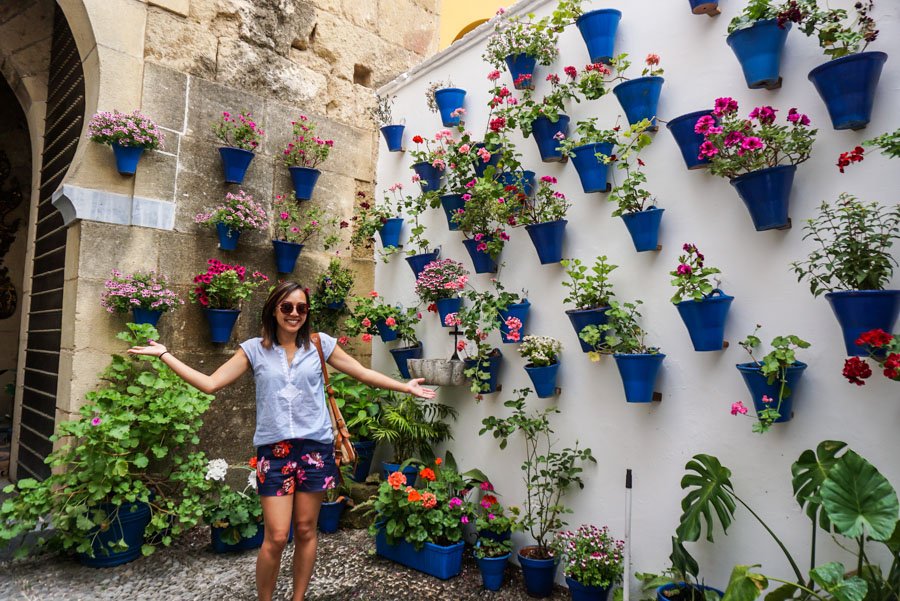 Flowers at Every Turn 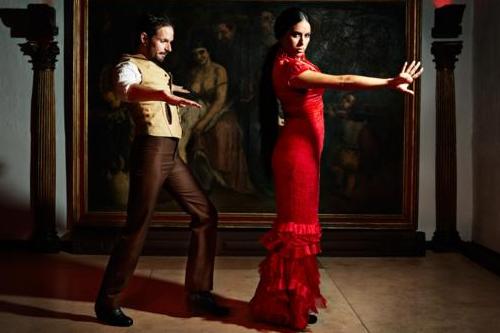 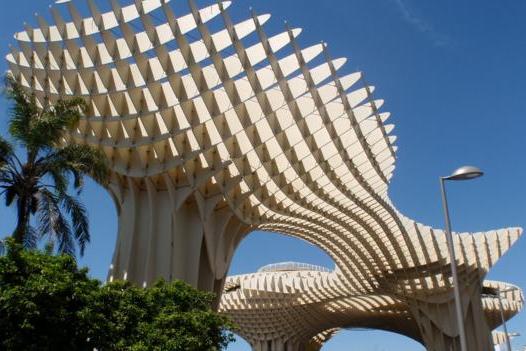 Day 4: August 17th, 2017 – August 17th, 2017 – Cordoba (Breakfast) – Today a Local Guide joins us for an included visit of the ALHAMBRA, a lavish complex built by Moorish kings. With construction dating back to 889 AD, we’ll marvel at its architectural beauty and magnificent gardens. Then, through the countryside to the coastal town of Málaga and on to an Andalusian market town with enchanting views of the coast.

Day 5: August 18th, 2017 – Seville (Breakfast, Dinner) – We first visit Ecija which is an ancient town in the Andalusian countryside then drive through the stunningly scenic area of Pueblos Blancos—the “White-Washed Villages of Andalusia.” This picturesque region is famous for the deep El Tajo Gorge that literally cuts it in two and is the birthplace of modern bullfighting. On to vibrant festive Seville where we stay at either the  3 1/2 Star Don Baco or the 4 Star Tryp Macrena.

Day 6: August 19th, 2017 – Seville – (Breakfast) – We get to know Seville on the included city tour which is capital of Andalusia and the cultural and financial center of southern Spain. Colorful Seville has much to offer: the Cathedral of Seville, the third-largest church in the world after St. Peter’s in Rome and St. Paul’s in London; the beautiful La Giralda minaret tower, a symbol of Seville; the Real Alcázar palace with its extravagant architecture and opulent gardens; Plaza de España, used in the filming of Episodes I and II in the Star Wars trilogy; and so much more. 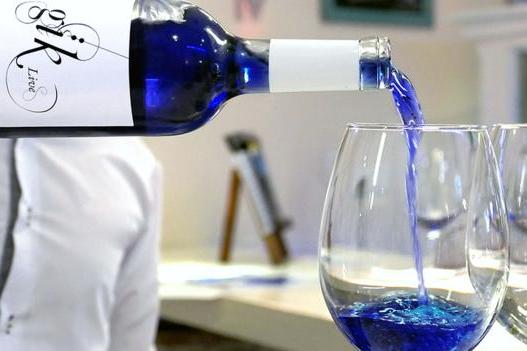 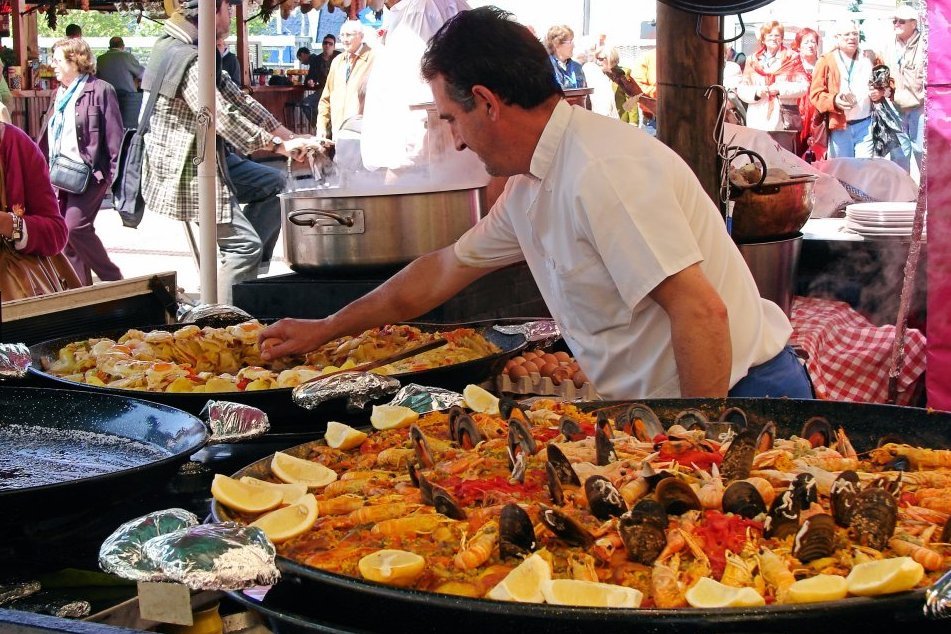 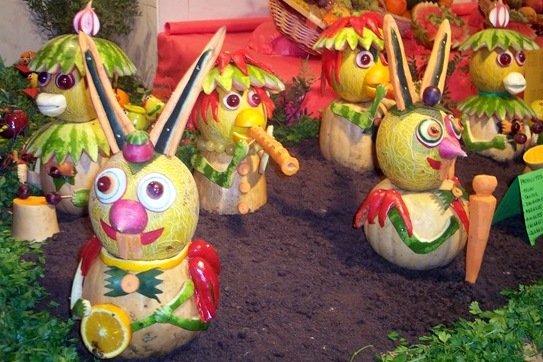 All Saint's Day in Spain 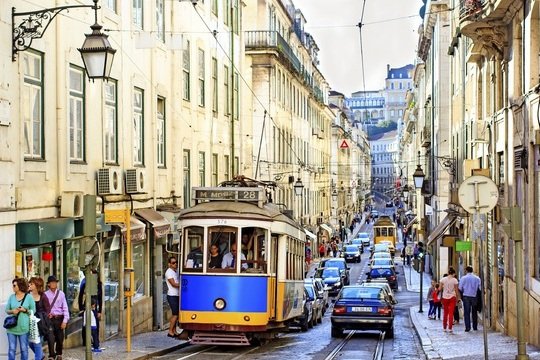 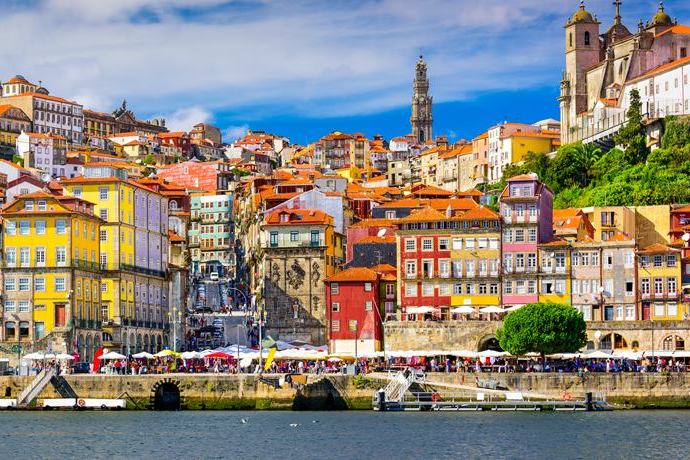 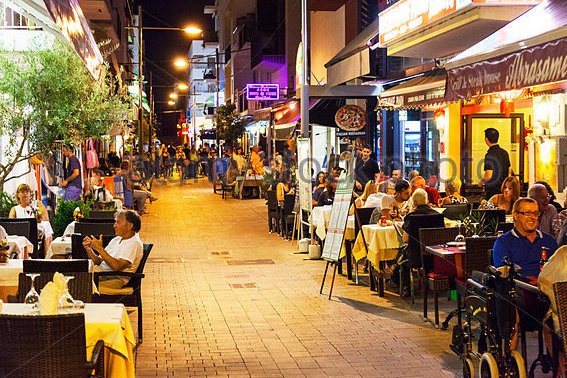 Day 7: August 20th, 2017 – Lisbon (Breakfast) – Enjoy the scenery of the Sierra de Aracena before crossing into Portugal and the fertile plains of the Alentejo. Admire the forest of cork trees and make a stop to visit Evora, a delightfully attractive Moorish city with arches, alleys, flower-decked balconies, brilliant white houses, and the Temple of Diana. Continue to Lisbon. We stay at the  3 1/2 Star Hotel Roma that reviews say is quite comfortable and well located.

Day 8: August 21st, 2017 – Lisbon (Breakfast) – Henry the Navigator made Lisbon the 15th-century “Mistress of the Seas.” We’ll see his monument, the Belem Tower, the Moorish Citadel, the impressive Black Horse Square, and other highlights on the guided sightseeing tour. We spend the afternoon at leisure in the Alfama’s tile-decorated streets, or take an optional excursion along the Estoril Coast to Cascais and Sintra.

Day 9: August 22nd, 2017 – Oporto – (Breakfast) – We stop in Fátima to visit its world-famous SHRINE, dedicated to the Virgin Mary. Continue to Coimbra, known for its university, one of the oldest in Europe, and to Oporto on the northern bank of the Douro River. We are free to explore the city this afternoon or we can join an optional Douro River cruise and dinner. For our two days in Oporto we stay at the 4 Star Quality Portus Cale Hotel with reviews saying the rooms are spacious and clean and the staff friendly and helpful.

Day 10: August  23rd, 2017 – Oporto – (Breakfast, Dinner) – We discover Oporto’s highlights on the guided city tour seeing both its historical cathedral as well as overlooking the Port wine cellars along the banks of the Douro River. This afternoon we can explore on our own or join an optional excursion to Guimarães, considered the “cradle” of Portugal and a UNESCO World Heritage Site. Tonight we enjoy the included dinner at a colorful bistro. 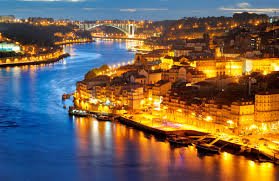 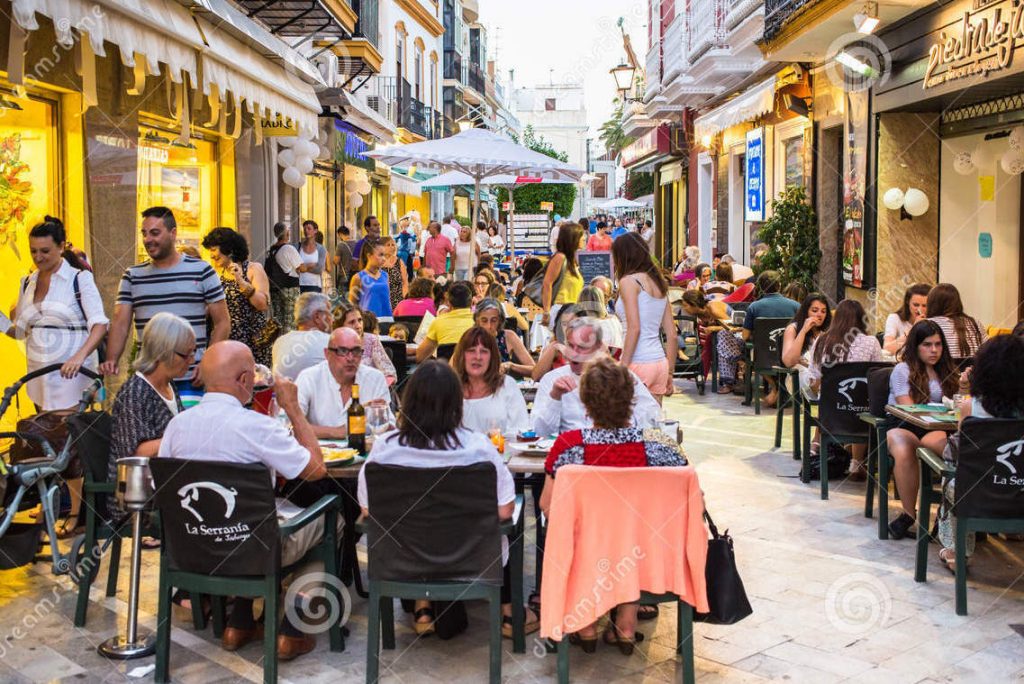 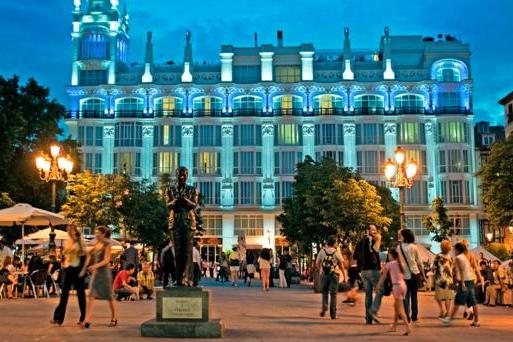 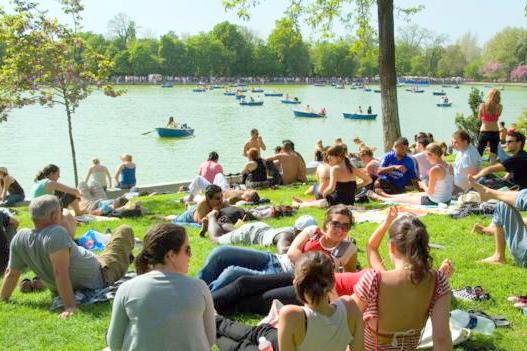 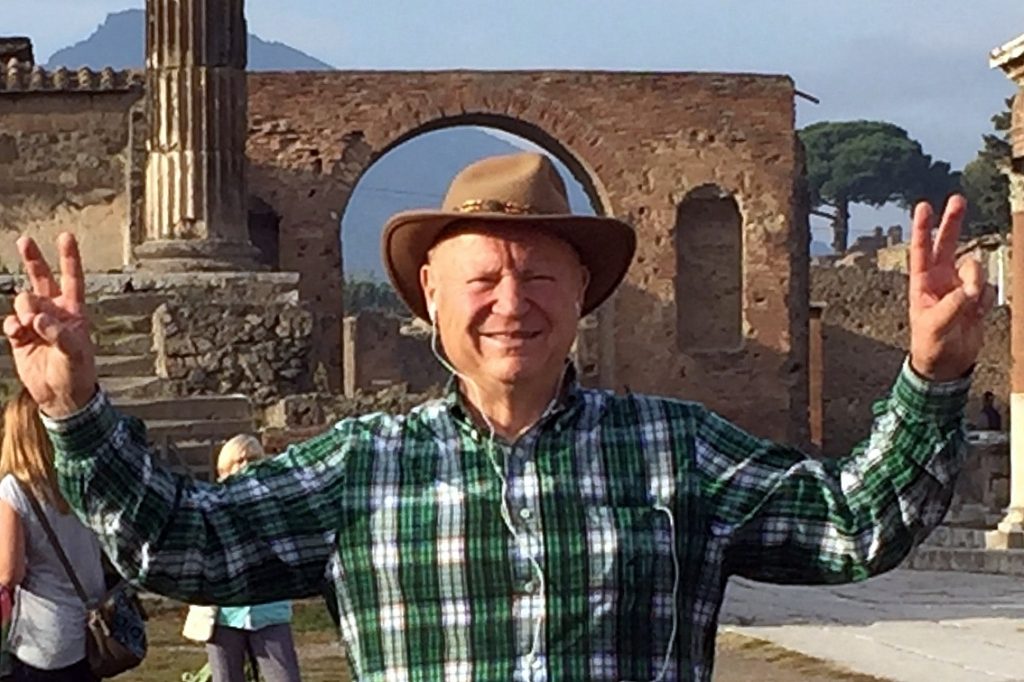 Day 11: August 24th, 2017 – Salamanca (Breakfast) – As we leave Oporto, we enjoy the profusion of woodlands and mountains on our return to Spain via the scenic Douro Valley. We reach the ancient and beautiful university town of Salamanca in the early evening and maybe take a stroll in the Plaza Mayor. We stay the evening at the 4 Star Catalonia Plaza Mayor Hotel which with its center city location is ideal for discovering every part of the Salamanca.

Day 12: August 25th, 2017 – Our vacation ends with breakfast this morning. For those that have purchased transfers  will be boarding the coach to the airport and flying to Dallas arriving late afternoon the same day.

Day 13: August 26th, 2017 – Madrid (Breakfast, Lunch) – Not only is Madrid the capital of Spain, but because it is situated 2,180 feet above sea level, the Spaniards say Madrid is the nearest thing to Heaven. Morning: The day is dedicated to discover Madrid’s main highlights on the included guided city tour. Afternoon: We will have lunch at the Robin Hood Restaurant in Central Madrid created by Father Angel Garcia that serves exceptional Spanish cuisine for lunch then provides sit down meals for the homeless for dinner. Evening: Ernest Hemingway wrote: “Nobody goes to bed in Madrid till they have killed the night!” And it’s still true. The buzzing Spanish capital, with its hip bars and cafés, could give New York a run for its money as the city that never sleeps. Dinner is rarely eaten before 10pm and the clubs, especially at weekends, stay open way past dawn.

Day 14: August 27th, 2017 – Madrid (Breakfast) – Our vacation ends with breakfast this morning. For those that have purchased transfers  will be boarding the coach to the airport and flying to Dallas arriving late afternoon the same day.