WHAT IF… by Gutpreet Gill

There is so much fear, and perhaps rightfully so, about COVID-19.

If we subscribe to the philosophy that life is always working out for us, that there is an intelligence far greater than humans at work…

That all is interconnected.

the virus is here to help us?

To reset.
To remember.

What is truly important.

Reconnecting with family and community.

Reducing travel so that the environment, the skies, the air, our lungs all get a break.

Parts of China are seeing blue sky and clouds for the first time in forever with the factories being shut down.

Working from home rather than commuting to work (less pollution, more personal time).

Reconnecting with family as there is more time at home.

An invitation to turn inwards – a deep meditation – rather than the usual extroverted going out to self-soothe.

To reconnect with self – what is really important to me?

The working poor. The lack of healthcare access for over 30 million in the US. The need for paid sick leave.

How hard does one need to work to be able to live, to have a life outside of work?

To reconnect with our elders, who are so susceptible to this virus.

And, washing our hands – how did that become a “new” thing that we needed to remember. But, yes, we did.

The presence of Grace for all.

There is a shift underway in our society

What if … it is one that is favorable for us?

What if … this virus is an ally in our evolution?

In our remembrance of what it means to be connected, humane, living a simpler life, to be less impactful and more kind to our environment.

This is an offering from my heart this morning. Offered as another perspective. Another way of relating to this virus, this unfolding, this evolution.

It was time for a change, we all knew that.

And, change has arrived.

~ The Author is Gutpreet Gill who writes intuitive and thought provoking essays whose blog is http://gurpreetkgill.com ~ 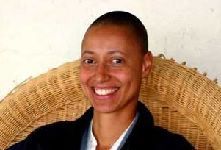 There once was a woman who woke up one morning,
looked in the mirror, and noticed
she had only three hairs on her head.

So she did and she had a wonderful day.

The next day she woke up,
looked in the mirror and saw
that she had only two hairs on her head.

“Hmm,” she said, “I think I’ll part my hair down the middle today.”

So she did and she had a grand day.

The next day she woke up,
looked in the mirror and noticed
that she had only one hair on her head.

So she did and she had a fun, fun day.

The next day she woke up,
looked in the mirror and noticed
that there wasn’t a single hair on her head.

Life isn’t about waiting for the storm to pass.

It’s about learning to dance in the rain.

I was in a local grocery store the other day when suddenly I heard the sound of breaking glass behind me. I turned around to see what had happened. A young mother had turned away from her shopping cart for a second to look in one of the freezers.

That second was all it took for her growing, baby boy to test out his newfound ability to grab and lift things from his seat in the cart. Unfortunately, the big jar of spaghetti sauce was more than he could handle.

I smiled when I walked back to help and saw the look of utter surprise on his face. His arms were still outstretched where the jar had been a few seconds before. On the floor below the puddle of red was slowly oozing across the aisle.

After making sure that both Mom and baby were alright, I headed down the aisle to get help from a store employee. As I glanced back at them, though, I saw something that truly warmed my heart.

The baby had finally taken his eyes off the shattered jar and looked up at his Mom. Instead of scolding him or even giving him an angry look she smiled down at him with eyes full of gentle understanding and unconditional love.

Her tender gaze and kind smile never changed, not even when a friend gave her some good-natured teasing about the mess. I knew then that this Mom was going to give her son a lifetime full of laughter and love.

I think that God must smile down on us with that same look at times. We are His beloved Children and yet as hard as we try, we often make a mess of things, too.

We want to learn to love. Still, we stumble, we fall, we let important things slip through our fingers, and even break a few hearts along the way. God never gives up on us, however. He forgives us and fills our hearts, souls, and lives with His gentle understanding and unconditional love.

May we learn to love each other as He loves us. May we all learn to live our lives in joy, laughter, love, and understanding.

~ Written by Joseph J. Mazzella and used with permission. Joe is both a sensitive and loving person as well as an insightful writer. His website is well worth the visit at http://www.angelfire.com/wv2/joecoolwv/index.html ~

Almost 9 months exactly after my Mom died my youngest child was born. I felt truly blessed by God having this new baby come after such a difficult year. 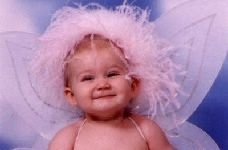 I did feel regret, though, that my new son would never get to know my wonderful Mom.

As my baby got older, however, I started to notice something. When I would be playing with my son he would often look past me, over my shoulder and smile. At other times it seemed like he was laughing and playing with someone I couldn’t see or hear.

This mystery suddenly became clear one day when I… END_OF_DOCUMENT_TOKEN_TO_BE_REPLACED 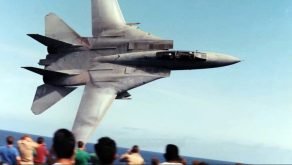