Eliot Spitzer, former Governor of New York, offers such a sad illustration of the opposite of humility. As I have discussed this tragedy with friends on Wall Street and others, I hear an interesting theme repeated regularly.

Most are not troubled by his actual bad behavior but rather by the contradiction of his behavior given Spitzer’s crusading style and judgmental actions toward others. The former Governor railed against corporate evil doers and even spoke out against prostitution rings. He referred to himself as a ‘steamroller’ and threatened to take down any and all who stood in his way.

My friend and mentor, John Whitehead, experienced the wrath of Mr. Spitzer in an unpleasant exchange. Whitehead, former co-chairman of Goldman Sachs among his many accomplishments, stood alone on Wall Street for his integrity and kindness. The fact that Spitzer would attack and threaten John for urging the prosecutor to be measured and careful lest he destroy good companies and reputations, tells much about Spitzer.

As a young White House staffer during the Reagan years, I found myself one day in a smallish room off of the oval office. Present along with President Reagan were the troika, Chief of Staff James Baker, former attorney General Edwin Meese and the late Michael Deaver, head of White House Communications, and for some inexplicable reason, I was there.

What struck me most profoundly about that hour was the kindness and lack of judgment of President Reagan. Anytime one of his political enemies, such as Senator Kennedy, was mentioned in some less than flattering way, the President would strongly speak up and point out their virtues and fine traits, and in Kennedy’s case, how that remarkable family had suffered.

I counted at least four times that he acted so nobly. I wandered back to my office with the thought in my mind,

The Spitzer moments offer a teachable opportunity for me. May I look within, change myself first. Our nation is a contradiction on so many levels. One that jumps out is that fact that we are the most permissive society ever, and yet we are the most judgmental.

Change must begin with me. The bar is high. Judge not, lest you be judged. A lot to think about.

Thanks, Eliot, for the reminder.

~ The author is J. Douglas Holladay who was a general partner in Park Avenue Equity Partners, LP and a Senior Fellow of the Case Foundation. Prior to Park Avenue he was a senior officer with Goldman, Sachs and Company and prior to this he held senior positions in both the State Department and the White House. ~ 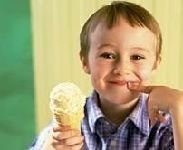 A young boy enters a barber shop and the barber whispers to his customer, “This is the dumbest kid in the world. Watch while I prove it to you.”

The barber puts a dollar bill in one hand and two quarters in the other, then calls the boy over and asks,

The boy takes the two quarters and leaves.

“What did I tell you?” said the barber. “That kid never learns!”

After the customer leaves the barber shop, he sees the same young boy coming out of the ice cream store with his newly purchased ice cream cone.

“Hey, son! May I ask you a question? Why did you take the two quarters instead of the dollar bill?”

The boy licked his cone and replied,

“Because the day I take the dollar, the game’s over.” 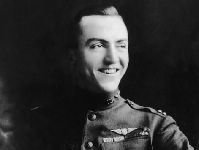 Every Friday evening without fail when the sun resembles a giant orange and is starting to dip into the blue ocean. Old Ed comes strolling along the Florida beach to his favorite pier.

Before long, however, he is no longer alone. Up in the sky a thousand white dots come screeching and squawking, winging their way toward that lanky frame standing there on the end of the pier. Before long, dozens of seagulls have enveloped him, their wings fluttering and flapping wildly. Ed stands there tossing shrimp to the hungry birds. As he does, if you listen closely, you can hear him say with a smile,

When he finally turns around and begins to walk back toward the beach, a few of the birds hop along the pier with him until he gets to the stairs, and then they, too, fly away. And old Ed quietly makes his way down to the end of the beach and on home.

If you were sitting there on the pier with your fishing line in the water, Ed might seem like “a funny old duck,” as my dad used to say. Or, “a guy that’s a sandwich shy of a picnic,” as my kids might say. To onlookers, he’s just another old codger, lost in his own weird world, feeding the seagulls with a bucket full of shrimp.

That’s too bad. They’d do well to know him better.

His full name: Eddie Rickenbacker. He started Eastern Airlines and was a famous flying Ace back in World War I. On one of his flying missions across the Pacific, he and his seven-member crew went down. Miraculously, all of the men survived, crawled out of their plane, and climbed into a life raft.

Captain Rickenbacker and his crew floated for days on the rough waters of the Pacific. They fought the sun. They fought sharks. Most of all, they fought hunger. By the eighth day their rations ran out. No food. No water. They were hundreds of miles from land and no one knew where they were.

They needed a miracle.

That afternoon they had a simple devotional service and prayed for a miracle. They tried to nap. Eddie leaned back and pulled his military cap over his nose. Time dragged. All he could hear was the slap of the waves against the raft. Suddenly, Eddie felt something land on the top of his cap. It was a seagull!

Old Ed would later describe how he sat perfectly still, planning his next move. With a flash of his hand and a squawk from the gull, he managed to grab it and wring its neck. He tore the feathers off, and he and his starving crew made a meal of it – a very slight meal for eight men.

Then they used the intestines for bait. With it, they caught fish, which gave them food and more bait and the cycle continued. With that simple survival technique, they were able to endure the rigors of the sea until they were found and rescued after 24 days at sea.

Eddie Rickenbacker lived many years beyond that ordeal, but he never forgot the sacrifice of that first lifesaving seagull. And he never stopped saying,

That’s why almost every Friday night he would walk to the end of the pier with a bucket full of shrimp and a heart full of gratitude. 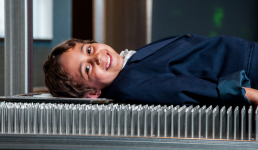 A man went to visit a friend in the bayous of Louisiana. On the front porch, the man’s trusty old hound was moaning lowly. Puzzled, he asked if the dog were in pain. His friend replied that the dog was lying on a nail.

Confused he asked, “Why doesn’t he get off it?” In a slow southern drawl he said, “Well, I guess it doesn’t hurt that bad.”

This is known as “toleration.” These are little things that we can do something about but lack the motivation because they just don’t hurt bad enough. The papers on our desk, the additional five pounds, the extra effort at work that seems to always be put off until tomorrow or to next week.

We are tolerating more than we think. We put up with and are dragged down by other people’s unmet needs and problems as well as our own behavior and incompletions.

What nails are we lying on? Write down what we are putting up with. Not what we can’t change or have no control over, but things like that five pounds that don’t bug us enough to go to the gym or the pile of papers that has been sitting on the corner of our desk the last three weeks.

These tolerations little by little sap our energy. They nibble away at who we are. Write down one each morning and have it be gone by evening. Do this for one week. If it makes a difference in your life, each week you will become a stronger you.

~ This story was sent to me by Rick Schwartz who is a superb residential broker in Southern California RickismyRealtor@aol.com and is modeled after a similar one in Les Brown’s book “Live Your Dreams.”~